We have a new family member. Introducing the lovely Rodney.

For those who don’t know about the welfare system for dogs in the UK, it works like this. All stray dogs are picked up by dog wardens. They are taken to a local kennel appointed by the council, which then pays seven days boarding for that stray.

If they are not claimed, and no one saves them, they are then (by law) destroyed. This is happening as a matter of course all over the UK every week. We have wonderful people called pound pullers who have connections with these kennels and visit them regularly to see which dogs are close to their last day. These dogs are known as poundies. Pound pullers do their very best to save lives but sadly so many dogs are bred, sold, bought and discarded in the UK that rescues are overflowing and many dogs do not make it to sanctuary.

One of those pound pullers is Niall Lester of New Hope Rescue – when we have fulfilled our obligations to local dogs that other rescues refuse – we help Niall whenever we can.

Rodney was due to die and Niall shared him amongst trusted rescues hoping for a place.

He is now with us. Rodney is a baby, likely under 12 months. Affectionate, eager to please, likes dogs and entirely house trained. In short a sweetie.

Rodney having a play

Rodney has a friend. 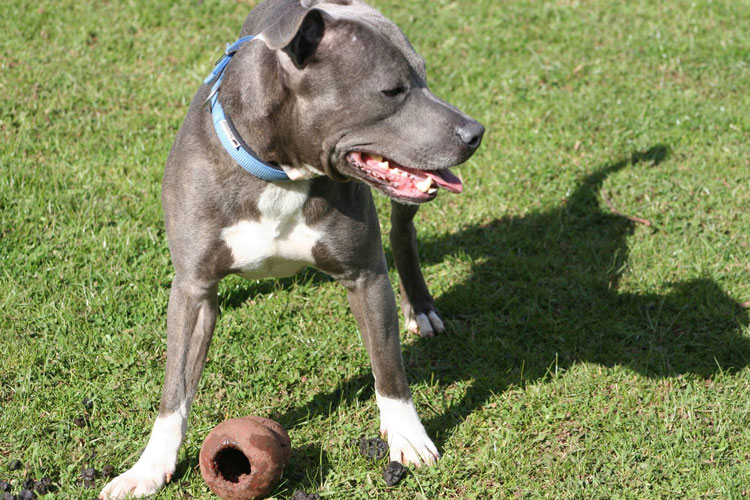 See more of our success stories...