Sidney – our ‘Elder statesman’ was a very mature gentleman who suffered from dementia. He passed away quietly in October, 2014, and will be fondly remembered.

He found life very confusing if his routine was changed and was happiest in the tranquil setting of the centre (having taken over my office as his respite space!).

Sid had been abandoned in the Plymouth area and taken to the vet for destruction when not claimed, considered too old for rescue.

We ‘rescued’ him in June 2013 and, over time, placed him in foster care. However, as the dementia took hold it became clear that even the quietest foster home was disturbing to him. Thus he remained, elderly but eating well, happy in himself … and making the most of Summer 2014.

He ensured that the centre gardens were regularly inspected, and all sunny patches tested for comfort!

We did not know how long he had left, since he had already exceeded all expectation, but he had a warm billet here for as long as he needed it. 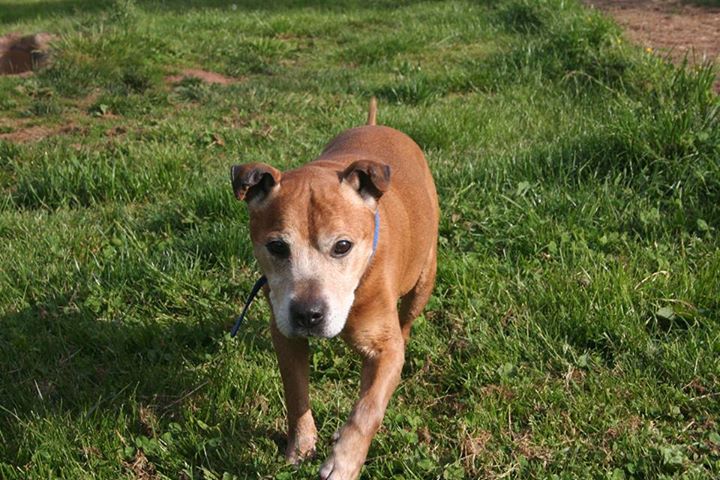