Frankie is going to live out the rest of his life as part of the house pack, so isn’t up for rehoming.

Meet Frankie, a 4 yr old neutered male Staffie crossbreed. He lives in the home pack and has lots of friends.

Frankie is good with dogs and all people, but not lived with cats. Although he is so gentle, a brave cat would find him a pushover, I think.

He is affectionate, loves to play ball and is always up for a cuddle. Soon after arriving with us, Frankie developed a degenerative eye problem which will in time mean that he loses his sight altogether.

He copes extremely well as his sight has dimmed over years and he has got used to it. 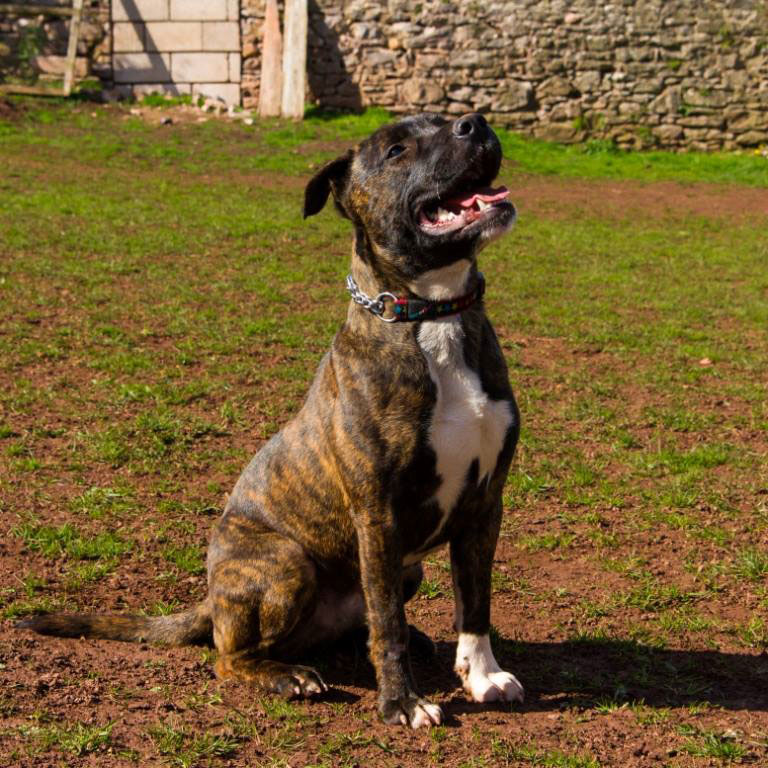